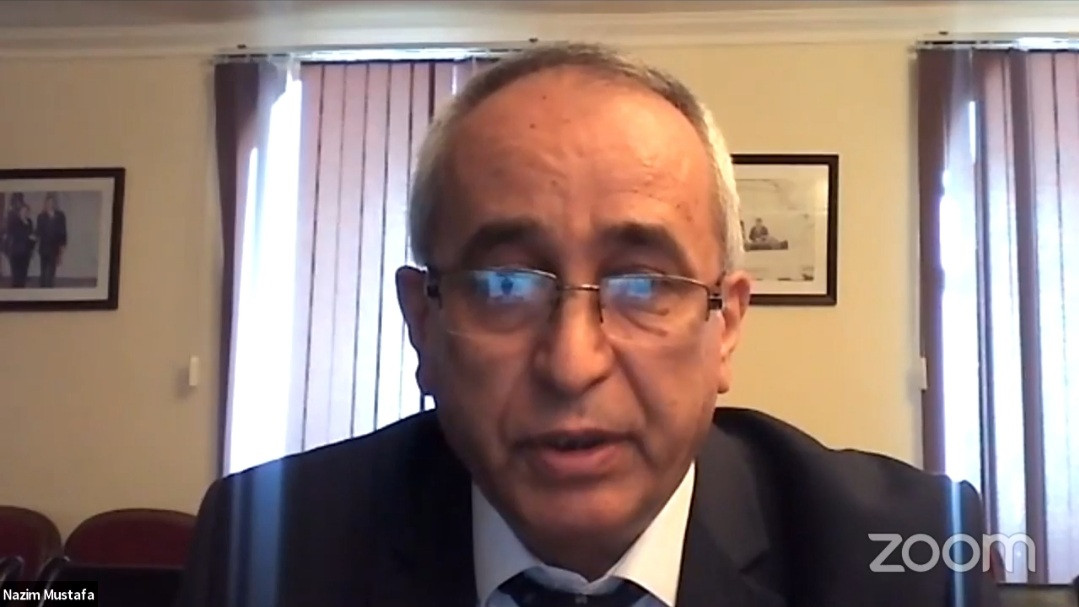 Speaking next, AIR Center’s Chairman Farid Shafiyev stressed the importance of a non-emotional, fact-based approach in all academic work. According to him, the history of Yerevan city is very important for Azerbaijan, and the book is important both in terms of history and informing future generations: “If we talk about the final solution to the conflict, Azerbaijani refugees must return to Armenia – this means full restoration of justice. We do not have a territorial claim against Armenia, but from a legal and historical point of view, we have a claim to our heritage and history there. No one talks about Azerbaijan’s cultural heritage in Armenia in discussions on the post-conflict period- it is time to change that paradigm.”Center for Analysis of International Relations organized a webinar titled  “Azerbaijani historical presence in Armenia”, dedicated to the presentation of the book “Irevan city” authored by Nazim Mustafa, head of the department of the Presidential Library and a researcher at the Institute of History of Azerbaijan’s National Academy of Sciences. Head of the department at the AIR Center and the moderator of the event, Javid Valiyev said that the book, published with the support of the AIR Center, provides detailed information about the historical existence and culture of Azerbaijan in Armenia. According to him, the book is a very important tool, both historically and politically. He noted the importance of the fact that the publication was based on Armenian sources.

Afterward, the author of the book Nazim Mustafa made a presentation. According to him, the book can be considered as an indictment, as the full destruction of a nation’s heritage within a territory of another state is a crime. The author spoke about the presence of cultural monuments, squares, caravanserais, baths, mills, and streets in Yerevan in the past and noted the Azerbaijani/Turkic origins of all the names of these monuments. According to him, “After the massacres of 1905-06, Armenian enclaves were formed in the South Caucasus for the first time. 135,000 of our compatriots were subjected to genocide and deportation as a result of 1918 genocide against Azerbaijanis”. Nazim Mustafa also spoke about prominent Azerbaijanis such as Firudin bey Kocharli, Aziz Aliyev, Mustafa bey Topchubashov, Miryusif Mirbabayev, Habib bey Salimov who were born in Yerevan. The author stated that in 1828 the number of Azerbaijanis in Yerevan made 75.6% of the total population, and in 1989 this figure became 0%.